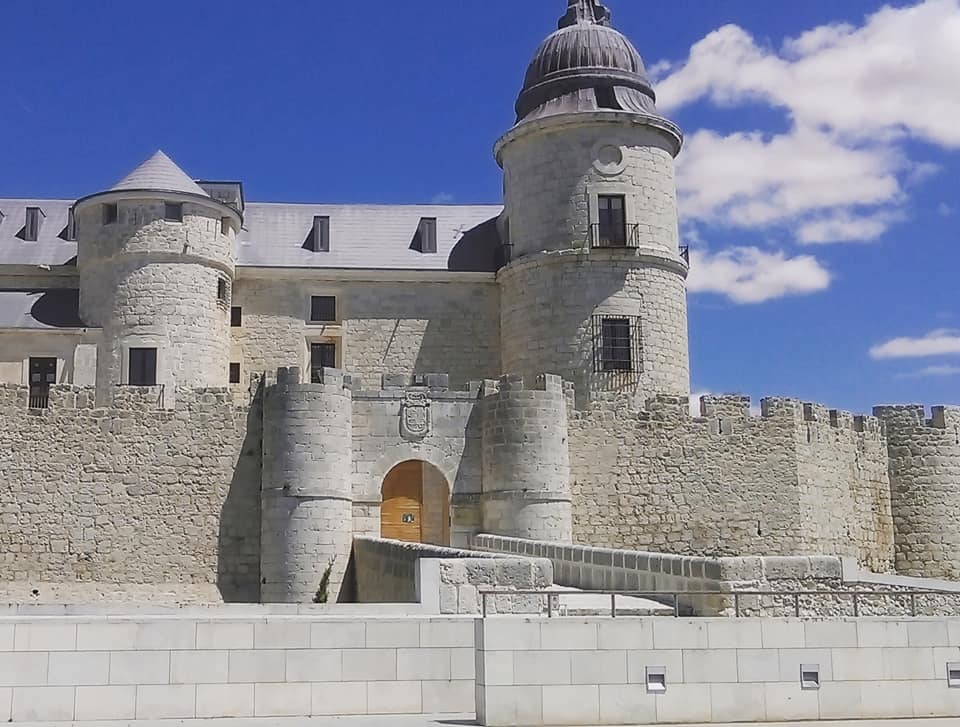 Since February of this year I have been undertaking research in archives in both Italy and Spain with the purpose of examining the respective reports of the Papal and Spanish ambassadors to Vienna during the years 1727-43. My trip to Italy and the Vatican Secret Archives earlier this year has already been described in a previous blog for the Centre for Early Modern Studies.

In May I paid a visit to the Archivo General de Simancas. The archive is located in the castle of Simancas which lies a short bus journey outside the city of Valladolid in the province of Castile and León. Of particular interest to me were dispatches between the diplomat James Fitz-James Stuart, 2nd Duke of Liria and Jérica in Vienna and the Secretary of State, Juan Batista de Orendáin y Azpilicueta, Marquis de la Paz in Seville.

Liria was the son of James FitzJames, 1st Duke of Berwick, the illegitimate son of James II of England, Scotland and Ireland while his mother Lady Honora de Burgh of Portumna in Galway. He spent two extended periods in Vienna, the first being in 1727 when he stopped there while en-route to taking up his position as Spanish ambassador to the court of St. Petersburg. His second sojourn in Vienna was between 1731-32. Liria’s dispatches from those years record amongst other things: the frustrating negotiations undertaken with the Austrian ministers and the British ambassador, the extent to which the latter were monitored by the Spanish embassy and the mundane day to day life of a diplomat in his host city. In general, his circle of friends was extensive and included, Prince Eugene of Savoy, the chief minister of the Austrians, Count Joao Gomez de Sylva-Tarrouca, Portuguese ambassador to Vienna and Owen O’Rouerke, agent of James Francis Edward Stuart, the Pretender to the thrones of Britain and Ireland.

It is this latter friendship with O’Rouerke which concerns me the most. In addition to his Spanish duties, Liria was a supporter of the Stuarts and while in Russia he maintained two channels of communications. The first was with De la Paz in Seville and the other with the Stuarts in Rome via O’Rouerke in Vienna. By O’Rouerke’s account, both he and Liria were good friends and it was through Liria’s influence that he was granted permission to attend evening entertainments in the house of Eugene of Savoy. This was no mean feat considering that Savoy was largely unenthusiastic to the Stuart cause. The correspondence of both Liria and O’Rouerke from the Archivo General de Simancas and the Haus-, Hof-, und Staatsarchiv in Vienna reveals the intricacies of the relationship especially regarding the political affairs of which Liria kept O’Rouerke informed but also the secret intrigues of which he did not.

These research trips have been made possible through funding which has been kindly granted to me from the AHSS Postgraduate Research Committee.

Stephen is supervised by Dr Richard Kirwan, Department of History, University of Limerick.